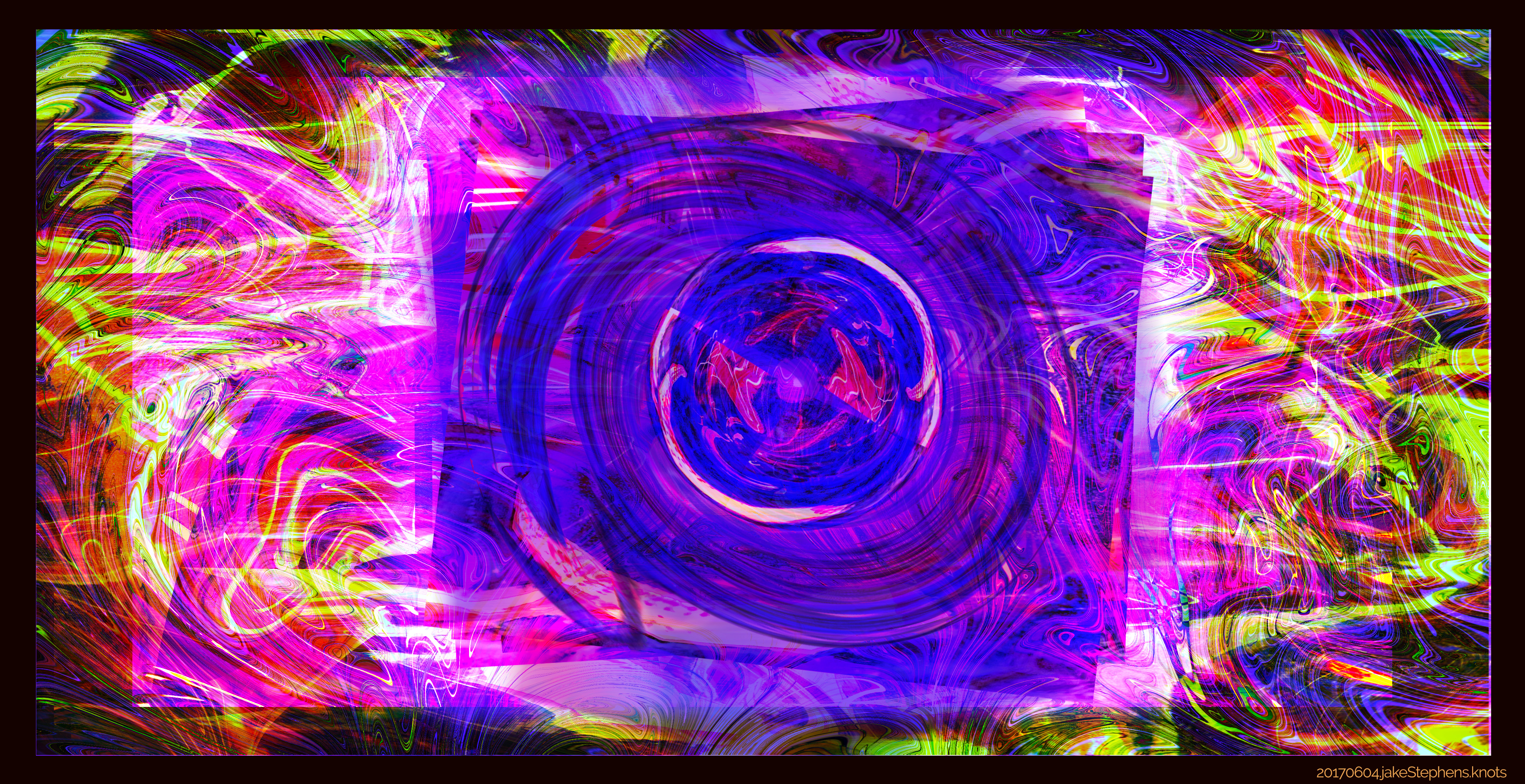 Work, in all of its forms, moves slowly as Spring gallops toward summer. In the forest where I’ve been hiking is a riot of green, wildflowers sprinkled across hillsides in patches while deer paths wind in and out of the trees and along contours, taking the past of least resistance or up and into hidden places where the forest lives and breathes.

It’s an intimate process, getting to know a piece of land, growing to love its newness and exhilarating in the sweating, panting climbs, feeling the rush of excitement upon seeing something new and the happiness and surety that comes upon returning to a familiar path.

So much of what I’m working on now is rattling along like an old truck, bits and pieces kludged onto it, looking a bit Frankensteined, but becoming…something else.

I’ve got a host of analog, digital, and live audio sources chained together with what I’m calling my “probability matrix” to create soundscapes.

There’s also a need for hands-on work that has been fed by fixing household items and making prints.

I’m also doing a lot of imagining being in spaces that are not real for an upcoming gallery showing at the Pump House Regional Arts Center in La Crosse, WI.

Exploring is the easy part. Explaining it is not… choosing to call it Work, when it’s so hard to define the process of turning inward that some section of creatives need to do, it seems, to move into the adjacent possible – to achieve, I suppose, a synthesis between what has been and what could be – now that’s the really hard part.

I find myself shying away from telling people what I am currently doing because it seems to self-absorbed and amorphous…so “without meaningful words” to explain. But the feeling is there and it is there even with no words and I know that I have to attempt to forgo the judgment of my rational, conscious mind to get deeper into the feeling of what comes next until next becomes now and thoughts become works.

Words. Worlds. Works. Not by chance, their alike sound in my language.

Bound together in a knot, tied. Not tied. The rope that binds also ties us to something deeper. Severing it means severing that connection and possibly losing the thread that leads back out of the maze. Daedalus lives in the labyrinth with the Minotaur. Reason and instinct, bound together. We see one, we see the other…and we ignore the reality of the labyrinth itself. That’s where the real answers are: in the moment between feeling you are lost and knowing you are found; feeling you are found and knowing you are lost.

In an inescapable labyrinth, if there’s a path, you’re lost. Someone walked here before and they did not escape. If there’s no path, you have the possibility of making it out alive, of finding your own way.

Last year this time, Brandie and I were packing our lives up into bins and moving them from a rental house in Viroqua, WI back to Prairie du Chien, WI to a house that I owned but no longer live in. We were heading to Washington to start our southbound hike on the Pacific Crest Trail. We were leaving Viroqua, sad that it all had turned out so badly: my unhappiness at work, despite being good at what I did and making a good living doing it, the disintegration of the local theater troupe we’d been a part of, the growing feeling of disconnection there…the disconnect from our selves.

So, I know that this too shall pass, this feeling of discontent and ill-at-ease-not-knowing; this uncertainty with certainly give way to certainty and then fall again, the eternal cycle of life. That uncertainty, that feeling of not knowing and being afraid, that’s really the only guide we have to whether or not we’re doing good work – whether we are stretching ourselves into our zone of proximal development or just floundering in what’s familiar and comfortable.

Well, I think that my latest render is almost done, and I’m hoping to post some work later today. It’ll be less verbose than this.

This site uses Akismet to reduce spam. Learn how your comment data is processed.